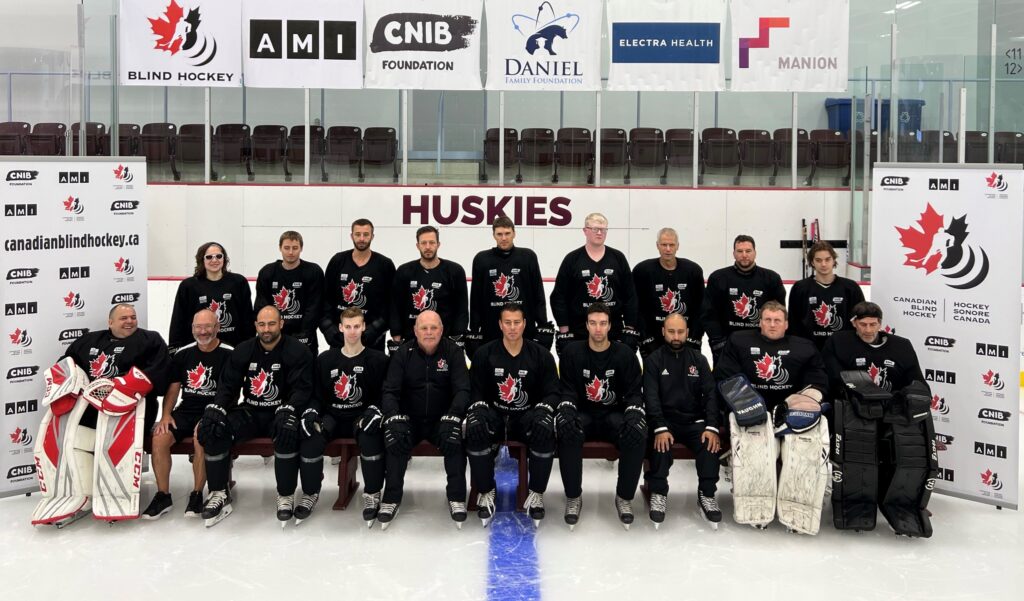 Canadian Blind Hockey has named 17 players to the Canadian National Blind Hockey Team that will look to defend their title as they compete versus Team USA at the third International Blind Ice Hockey Series in Fort Wayne, Indiana from October 20 – 23.

The players were chosen following the National Team Training Camp at Saint Mary’s University in Halifax that took place from July 27 – August 1 and was run in partnership with the SMU Huskies coaching staff. The camp included more than a dozen hours of intense on-ice training, team-building activities, and a showcase game with local celebrity players who have played in the NHL, AHL, CHL, or SMU Huskies Team.

The 2022 – 23 team features 12 returning players who were part of the 2018 or 2019 championship teams, as well as five rookies making their Team Canada debut including Oliver Pye, Dustin Butterfield, Amanda Provan, Sean Heaslip, and Chaz Misuraca. Sudbury’s Amanda Provan makes history as the first woman to be selected to the National Blind Hockey Team, which is a big boost to Women’s Blind Hockey as the organization continues to work to grow that side of the sport.

The team is made up of players from across Canada representing five provinces including Alberta, BC, New Brunswick, Nova Scotia, Ontario, and Quebec. Up to four additional skaters will be added to the roster in September.