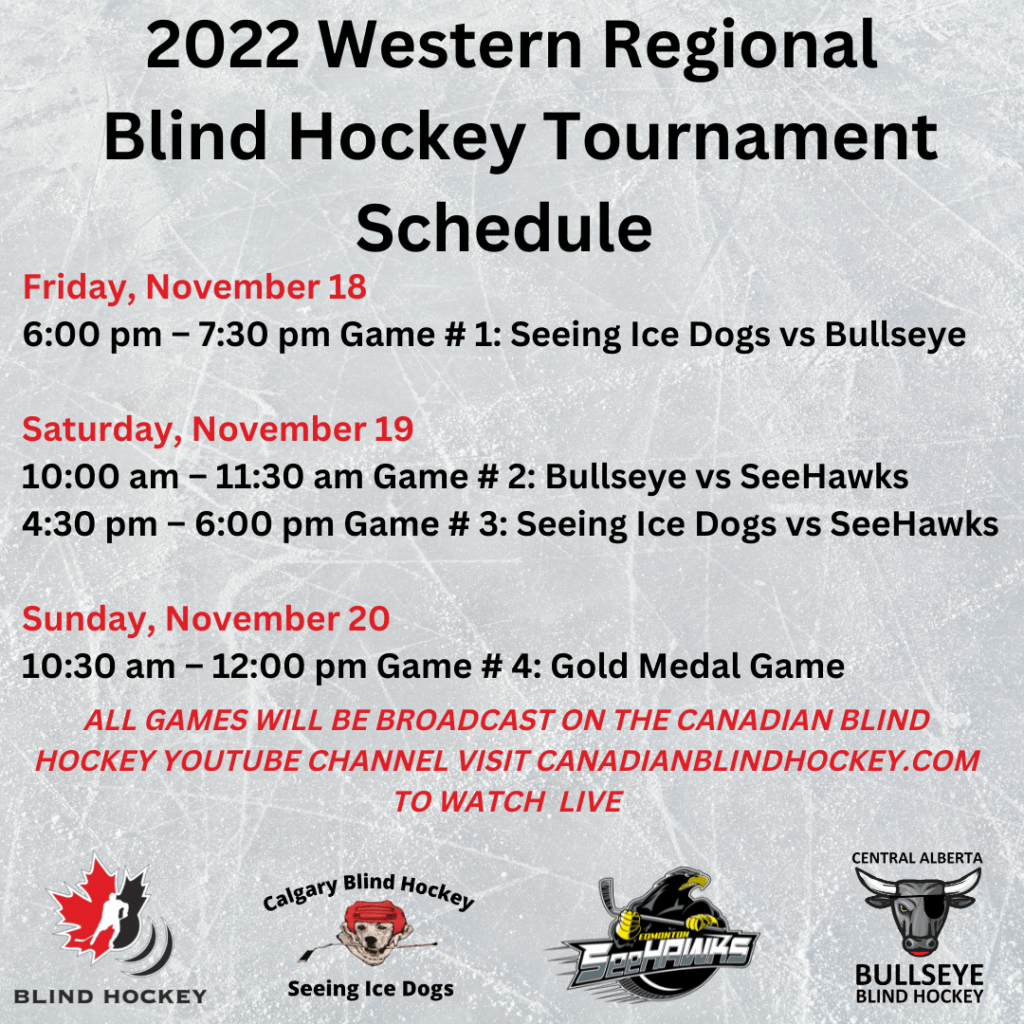 Canadian Blind Hockey is hosting its 2022 Western Regional Blind Hockey Tournament this weekend in Calgary, Alberta.  The event takes place in the main bowl of the WinSport Arena at Canada Olympic Park. All games are free and open to the public to attend and will be broadcast live on the Canadian Blind Hockey YouTube Channel.

The event features 40 Blind Hockey players from across Canada, the United States, and England who have been drafted into three-teams named in honour of the Alberta Blind Hockey programs: the SeeHawks, Bullseye, and Seeing Ice Dogs. The teams will compete in a round-robin competition on Friday and Saturday, and the top two teams will compete on Sunday for the gold medal and the right to be called western champions.

The tournament will feature an extremely strong field of athletes as 13 members of the 2022 – 23 Canadian National Blind Hockey Team will be divided among the three teams.  This will be the first major event for the Para sport of Blind Hockey since Team Canada defeated Team USA 3 games to 0 to win the third 2022 International Blind Ice Hockey Series in October.

The Para sport of Blind Hockey is played by athletes who are blind or partially sighted who have approximately 10% vision or less.  The sport uses an adapted puck that makes noise and is larger than a traditional puck as well as some adapted rules to make the game accessible.  The sport is co-ed, and nearly 20% of all participants registered this weekend are Women’s Blind Hockey players.

The parasport of Blind Hockey is played by athletes whose level of vision ranges from legally blind – which is approximately 10% vision – to completely blind, using an adapted puck that makes noise and is bigger than a traditional puck.

Donate Today
Unmute to listen to video.
Programming made possible by the generous support of: